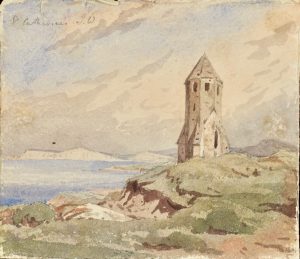 This website has been established by The JL Petit Society, as part of its work to promote a wider understanding and appreciation of the Petit’s life and work, including his architectural writing as well as painting.

Information about our objectives and activities, services and a contact point are on the About Us page; the other pages accessed through the menu along the top are self-explanatory.

Besides the successful book launch, see below, the Society’s registration as a charity was accepted by the Charity Commissioners. This has big potential implications for what might be accomplished, if we manage to to use the registration to raise funds.

The Bishop of Lichfield, Dr Michael Ipgrave, is a patron of the Society. 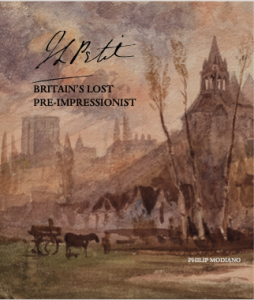 The long awaited first, introductory, book is ready and will be launched on 12th September 2022. J L Petit – Britain’s Lost Pre-Impressionist is so far gaining several very positive endorsements and reviews, with a big launch planned for September 13th, to include a pop-up exhibition – the first since 1869 and introductions by Dr Robin Simon, editor of the British Art Journal, and Andrew Graham-Dixon.

Andrew Graham-Dixon, author of A History of British Art, and broadcaster has written:

“There has been nothing like this in the field of British art for a long time. This book marks the rediscovery of a more or less completely forgotten master – an artist whose work, particularly in the medium of watercolour, reaches the highest peaks of innovation and virtuosity, worthy of comparison with that even of Turner. High praise, but not too high. 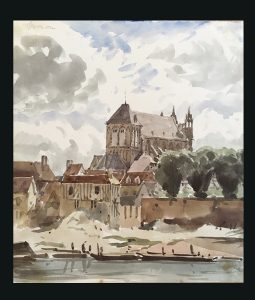 remarkable lack of sentimentality.
Few Victorian artists chose to bear witness to the effects of the Industrial Revolution on the fabric of life in this country, but Petit did anything but shy away from it: he painted factories and smogs with the same impassioned interest that he brought to the more traditional themes of the English watercolorist, such as village, church and cathedral.” 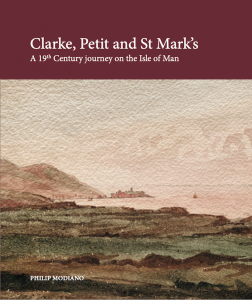 The first new publication this year is now available from us directly, prior to launch in the Spring/Summer. Clarke, Petit and St Mark’s – A 19th Century Journey on the Isle of Man.

This booklet tells the story of John Thomas Clarke (1798-1888), Petit’s lifelong friend, who transformed the derelict district of St Mark’s, Isle of Man, with Petit’s help; and then late in life rescued Petit’s church at Caerdeon after Petit had tied, becoming its first vicar. Like Petit, Clarke has been forgotten even at St Mark’s through a combination of intrigue and accident. The booklet (48 pages) illustrates nearly all known Petit’s watercolours – 26, which have never been seen before.

Research has now switched to North Wales and The Isle of Man. Petit had a long standing relationship with the Island which bore fruit after his death when his church at Caerdeon was saved by the intervention of his friend John Thomas Clarke, in his 75th year. More specifically it has led to the discovery of nearly thirty Petit pictures of the Island that were not known before and together constitute some of the most remarkable art of the Island from the mid-19th Century. To be published in a few months.

St Michael’s church, Lichfield have posted videos on their website of the visit of Bishop Michael Ipgrave visit on Sunday 26th September, where Petit was referred to in the sermon, and then the Board andPetit’s achievements acknowledged in a ceremony by the Interpretation Board. The Board has been a catalyst for several other improvements in the churchyard, and the restart of tours for visitors. 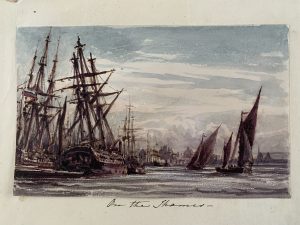 The remnants of an early album with 38 pictures still intact was discovered in a dealers store-room and acquired for the Society. They are mostly marine pictures from the Stour, Harwich and the attached of the Thames.

We and The Historian were delighted with the entries for the first annual essay prize for school students. The winning essay is here. It demonstrates our view that Petit, because of his modern views and steadfast opposition to prevailing orthodoxy, is very accessible to a younger generation. 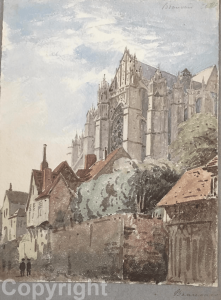 Research continued with completion of a book on Petit’s art, which should be published early in 2022. This will be a milestone in the Petit world, since the only existing book is oriented more to the midlands. It sets out Petit’s significance in foreshadowing many aspects of impressionism in contrast to his UK peers. Lectures have resumed.

Please address all queries to enquiries@revpetit.com